What is precisely the IoT network, and are there variations?

The Internet of Things network is widespread, and the number of applications is growing. No matter you are a conventional electronic product designer or a global manufacturer of furniture or clothing. The network will have a significant impact on the entire industry with opportunities for everyone. I am the founder of the company in Taiwan. It is surprising to see how much technological innovation I see at the local OEM’s. BenQ, Foxconn, Compal, Qisda are just some examples. Also, Ikea is joining this evolution. In a couple of years, Amazon will send you clothing based on a picture made with your phone. I do not believe my kids will ever leave the house again. In the first place, I do not think they will bother anyway. Fortnite is all they play.

But what is the Internet of Things? Moreover, for you as a designer and manufacturer, what are your requirements for your application? In my recent job working for a big TIC company, we have certified many wireless products. I have seen many integrations of wireless modules where I indeed can say that costs were more critical than undoubtedly wise engineering decisions. Probably they had their reasons, but would I have made the same decision? The success of your device depends on the connectivity between your device and the master or network. With not a reliable connectivity, your project is doomed to be a failure.

Choosing the right IoT solution for your application is the bare necessity. But also compliance issues as EMC, Health, safety, and radio parameters can do your project to success or failure.

I will talk later about the impact of integrating an off the shelve radio module in your design and the does and don’ts. What the effect on product compliance and radio parameters be of a faulty system can not be underestimated.

I will describe some general top of IoT networks. How you want to let your application connect to the system is based on your application. There is not a bad, right, or better one. 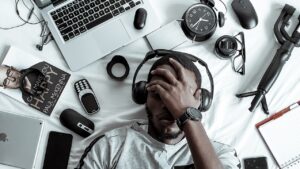 There are four types of networks.

Mesh networks are best described by their connectivity configuration how all components communicate with each other. All the sensor nodes cooperate to distribute data to reach the gateway. The best example of a mesh network is the internet itself. Mesh networks dynamically self-organize and self configure, which can reduce installation overhead. The ability to self-configure enables the dynamic distribution of workloads, particularly in the event a few nodes should fail. This, in turn, contributes to fault-tolerance and reduced maintenance costs. The disadvantage is that Mesh networks are very short range. Extra sensors throughout a building or repeaters could be needed. The network can result in high power consumption. Zigbee is an example of an IoT Mesh network.

Low Power Wide Area Networks (LPWAN) is a second example. A well-known and commonly used Internet of Things network protocol is this category is LoRaWAN (Long Range). This runs on the Long Range network. LoRA is very interesting for the IoT Network because of the low power consumption, but also, as the chipsets have a reasonably low cost. A single base station running on a LoRa network is capable of having a range of up to 15 kilometres in rural areas. The LoRaWAN network architecture is deployed in a star-of starts topology in which gateways relay messages between end-devices and a central network server.

Local Area Networks is the third example. Local area networks only cover a fairly short distance. The network is most commonly used; however, it can sometimes be unreliable. The technologies you mostly see being integrated into a final product are WiFi or Bluetooth. Therefore products using this technology are also to connect to. Due to the availability of WiFi at roughly every corner of the street, a distributed setting is possible for realizing a big network. Comparatively, the WiFi-only works when the signal is strong enough, and you are close to an access point—furthermore, the higher the intentional frequency, the lower the permeability. WiFi is gene-rarely a big power consumer. Should you look for the same function Bluetooth Low, Energy is additionally a possibility to take into consideration.

Cellular networks are as well as known as the Local Area Networks or, moreover even better. The networks do allow IoT devices to communicate with each other. The networks are initially designed for power-hungry devices like smartphones. This is not always considered as the best fit. But the new 5G technology is deemed to be reliable and a secure method for IoT connectivity. The disadvantage of using this technology for IoT is the limited availability of connectivity. Cellular connectivity is now less expensive and more power-efficient than traditional telecom standards. Equally essential to say is that cellular-connected IoT devices still required a great deal more power.

Two cellular IoT wireless protocols currently vying dominance are LTE-M and Narrowband IoT, but 5G is an excellent option for IoT connectivity. Most people know NB-IoT and LTE-M as a 4G technology, but they also play a vital role in a 5G system to support 5G LPWA use cases.  The 3rd Generation Partnership Project (3GPP), the standards group specifying 5G and other wireless networking standards, has indicated LTE-M and NB-IoT will be part of 5G and are the only 5G technology to support 5G LPWA use cases in the foreseeable future. All technologies use less battery power, but cost-wise the modules are still relatively expensive.

What is the right type of IoT network to use?

Still, this isn’t easy to say. It all depends on the intentional and operational use of your device. There are many radio modules on the market, offering all the technologies on one single chipset. We also need to consider compliance regulations. As an example, it can be an option to use a cellular network IoT solution; however, safety aspects, EMI, and antenna integration do not allow this from a country regulation point of view.

Thinking about product functionality and deciding which IoT network to use puts you at the beginning of your project.  EMC behaviour, for example, is something you need to take into consideration as this can harm your final product design.

IoT module integration in a final product will be a separate subject in an upcoming blog. Before deciding which IoT network to implement into your application, wireless module regulations do play a critical role.

At IoT Consulting Partners, we take all steps from design, compliance testing, manufacturing, global approval from the beginning into consideration.

Should you have any questions about this related topic or any of our services, feel free to contact us.

Keep posted to our latest blogs.

The most interesting  CE Radio Equipment Directive guidance documents for FREE or let us talk now!